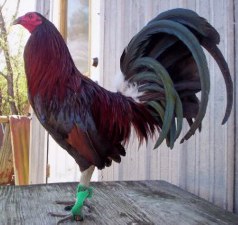 Kelsos are a very smart breed of fighters. This Is Another Breed From The Gamefowl Family. Unlike a lot of other gamefowls, they take calculated steps and make it successful. Unlike other breeds, they won’t immediately go and start cutting on opponents. Walter Kelsos’ originals themselves break high, are multiple shufflers but weak cutters when bred purely from those days when cockers were adamant about bloodline purity. However, they will take a good look at what goes around and then strike. This understanding of the game already makes them a threat. The Kelso is very strong on the ground, but it can’t get the upper hand when it’s tackling an opponent on air. However, crossbreeds can be of great help in that case. Also, Kelso chickens can be crossbred with the likes of sweaters, clarets, or other breeds that are good on the air to make up for it. 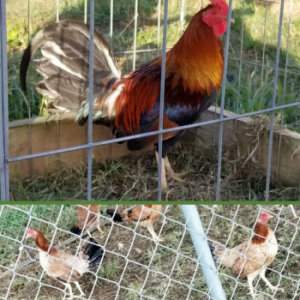 Smartest Fighters. Kelsos are very smart fighters. Unlike other gamefowls, Kelsos don’t jump into the opponent’s knives in the air but shuffle and weave, or side-step before launching their own air attack. The most common characteristics of the Kelso are their yellow feathers, white or yellow legs, square and round heads, and turkey crests. However, there is a different phenotype available for which Kelso with white feathers is also available. While a number of Kelso bloodlines are found, they’re pretty similar in terms of their ability.