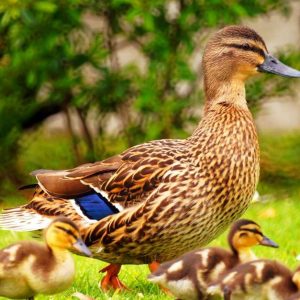 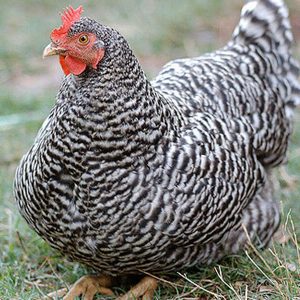 welsh harlequin ducklings For Sale are a fairly new breed, developed by Leslie Bonnett in Wales from two lighter colored Khaki Campbells ducklings in 1949. They came to the United States in 1968 and were accepted into the American Poultry Association in 2001 in the ‘Light Duck’ class. They are a beautiful bird, especially the feather patterns and colors on the females.

Welsh Harlequin ducks are becoming a very popular breed due to their multi-purpose characteristics. They are excellent egg producers, due to theirKhaki Campbell background, and have the instinct to sit and hatch a nest full of ducklings. They can also make an outstanding dressed bird for meat production.

These ducks are calm, inquisitive, and excellent foragers. Interestingly, Welsh Harlequin ducklings can be sexed after hatching with a 90% accuracy by their bill color. Darker bills normally indicate a male, and light bills ending in a dark spot a female. This can only be seen just after hatching, as after several days this distinction disappears.

Group Captain Leslie Bonnet was a well-known commercial duck breeder specializing in utility breeds in Hertfordshire, UK. In 1949, his purebred Khaki Campbells gave rise to two pale-colored ducklings that he named “Honey Campbells”, which he selected to develop a new line. The new color derived from two recessive genes. On moving to a new farm near Criccieth, Wales, in 1950, he renamed them “Welsh Harlequin” ducks.

Today the breed is fixed as a light duck with a bright clear plumage, whose duck is known for its laying qualities. The colors and makeup of the breed have evolved, suggesting a new blood supply. The Welsh harlequin weighs between 2 and 2.5 kilograms. Females have black beaks, brown legs, and their plumage is similar to that of the mallard, but evolving towards a honey-cream color with a contribution of white feathers, and without the dark line that extends to both sides of the eye.

Bronze-headed males are similar to mallards; they show a white neck ring, with slightly spotted plumage and a greenish-yellow bill and orange legs. The shoulders and chest are mahogany, the belly white. Young males have a darker bill than females. There is also a “golden” variety, highly appreciated in Great Britain, which replaces the black pigments in the feathers with a golden brown color.

This breed is calm and docile. Duck makes an excellent coat (generally 150 to 190 eggs per year averaging 65 grams5). The Welsh Harlequin is one of the breeds recognized by the British Poultry Standard. The Welsh Harlequin was admitted to the American Poultry Association’s standard of perfection in 2001. But due to its small size in North America, it is considered endangered by the American Livestock Breeds Conservancy.

Hens of this breed are prone to laying between 250 to 300 large white eggs per year. To garner this many eggs from Welsh Harlequins during the cold weather months a coop light (solar powered) needs to be placed inside their coop to offer them the 10 or more hours a day of sunlight they need to foster egg production.

How To Choose The Best Welsh Harlequin Ducks

If you do not purchase these ducks as hatchlings, carefully looking over the physical attributes and habits of juvenile to mature birds will help get a robust flock started. 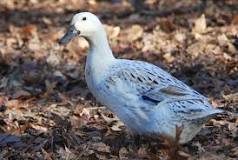 Welsh Harlequin Ducks Make Docile Backyard Pets. Temperament: Curious, active forager, but also calm and not readily alarmed. … They are popular as pets and backyard ducks due to their placid nature. Drakes from egg-laying lines are used as sires for hybrid layers.

Ducks live about 10 years, so before ordering, find a friend or family member with a farm who can either take them when full grown or watch them in an emergency or while you’re away.

What breed of duck is the friendliest? 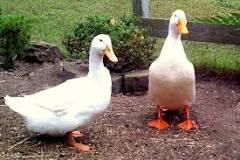 Pekin. Originating in Beijing, China (originally called Pekin) around 2500 B.C., white Pekin ducks are a calm, hardy breed. Although raised predominantly as a “table” or meat bird, Pekins do make wonderful pets and laying ducks. They are docile, friendly and can lay between 150-200 large white eggs per year.

Be the first to review “Welsh Harlequin Duck” Cancel reply