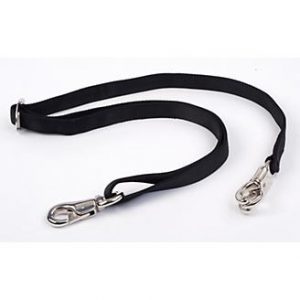 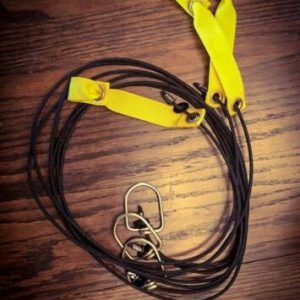 Modern Hatches are more high flying and are faster, many coming more brainy than usual. Their usual characteristics like power and gameness, though, are still there, their blows often packing a wallop. They are basically medium-stationed and peacombed with some coming straight combed.
The Hatch blood came from Sanford Hatch who blended, as story goes, a Kearney Whitehackle with a Kearney Brown Red, mixing in other bloods like the Herman Duryea Boston Roundheads, Jim Thompson Mahoganies, among others, to come up with his signature Hatch fowl.
From the Sandy Hatch stocks came Ted McLean’s version of Hatch that came both yellow and green-legged. Supposedly, these were the better Hatches that gave rise to the other variants of the McLean like Gilmore Hatch, Blueface Hatch, Jack Walton Hatch, Kentucky Hatch, Oakgrove Hatch, etc.

The McLean Hatch is one of the legendary gamefowl breeds that has stood the test of time among broodstock breeders, and its offshoot, the BlueFace Hatch has gained its own following among gamefowl aficionados looking for a good fighter. Ted McLean retired from gamefowl competition in December of 1954.

In the early thirties, Mr. E.S. Hatch and Mr. E.T. McLean were on the floor of the stock exchange as colleagues and were sharing some gamefowl for crossing to find that perfect fighter. At the time, the Hatch stock consisted of four basic bloodlines. These were the Kearney make up of the two strains Mike Kearney brought from Ireland, namely (1) the “beasty” Breasted Light Reds (Whitehackles) and (2) the Brown Breasted Reds, plus (3) the Herman Duryea fowl (commonly called Boston Roundheads) which he added when he worked for Mr. Duryea. With these 3 bloodlines Mr. Hatch crossed into a fourth, the green leg Thompson (Jim Thompson) fowl. The created progeny of the Mclean Hatch, Ted himself considered as ‘straight stuff’ gamefowl or cocks with gameness, toughness and power—the mark of the Hatch bloodline.

While the first McLean Hatches did not win all the time, they were admired by many for their aggressive, no-holds barred attitude and suicide attack mode.

Buy Mclean Hatch Hen, Hatch were rather poor cutters, low-headed dumb fighters, that usually flly into two or three hits before throwing one of their patented haymakers at their opponents. They either won spectacularly or lost as incredibly as well. When modern gamefowl became faster, a pure Mclean Hatch became less of a threat, and they are now considerd at a disadvantage if fought pure. Their value today is as base stock or to produce battle cocks infused with the ‘straight stuff’ Hatch traits: gameness, power hitting, and toughness. 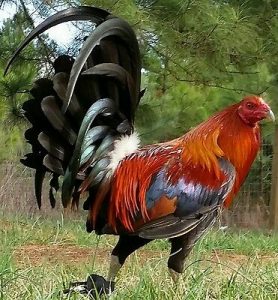 In the early 1940’s, the team of J.D. Perry and Karl Bashara had the best gamefowl, the Shufflers, at all the Oklahoma Pits. Then J.D. got hired by C.C. Cooke and E.W. Law, to run their farm and J.D. crossed Cooke’s Hatch with Law’s Clarets to make the now famous Hatch-Clarets that became unbeatable in long heel fights. Power and Speed became the standard for gamefowl with the Hatch-Claret blends.

Another smart cocker, Max Thaggard bred a one-eyed Gray cock over some brown red hens, coming up with the ‘Vibrators,’ the greatest infighters (cutting to the breast) during that time. Both the Hatch-Clarets and the Vibrators were unbeatable. Sweater McGinnis lost too many to these fowl, so he decided to breed a better match for them. Combining both the Hatch-Claret type fowl AND the Gray-Brown Reds, Sweater began to beat the field.

At that time, Lun Gilmore, McGinnis’ friend had a sickly looking, pale headed old buff hen that looked headed for someone’s dinner table, except she had bred really good fighters for Ted McLean. She had some Morgan Whitehackle blood like most McClean fowl. Frost requested McLean to send them a Hatch cock to mate to this old hen.

Ted sent them a small cockerel, a pea comb Hatch throwaway rather any of his best birds. But when Frost sparred the small rooster, they saw that it could pack a wallop for such a small runt. The southern cockers bred him to the old pale headed hen and raised about 20 chicks and fought the stags with mediocre success.

One of the few that won would turn dark in the face when he was sparred. Sweater took this “Old Blueface” cock to mate to some hens of Madigan Gray and Leiper Hatch. Sweater didn’t like those “damned blue faced chickens” but he didn’t give up on them. He checked with some poultry experts at Texas A&M College to see what was wrong. After some tests, they told him the chickens were perfectly healthy. (The blue face is a genetic trait from the Brown Red and Black Sid Taylor)

At any rate, Sweater and J.D. traded some Hatch fowl, and in 1958, J.D. was advertising Blueface for sale.

So Sweater tried various crosses with those “damned blue face chickens.” The one cross that seemed to add just the edge he was looking for was with Karl Bashara’s Shufflers. Mixing these with his other bloodlines developed the Blueface as we know it today.

Blueface Hatch are fast, terrific bucklers, hard hitters, deadly cutters, and aggressive finishers. Their legs reached out a mile with every stroke, they deliver their blows with a snap and every punch lands where it counts most.