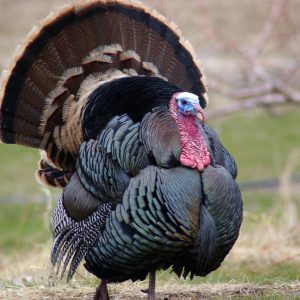 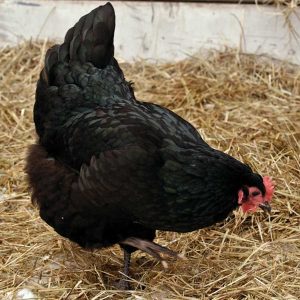 Giant White Turkeys are broad-breasted birds and are very popular because of their size and white, easy-to-dress feathering. Our Nicholas strain hens reach 25 pounds, and the toms as much as 45 pounds. They are yellowish brown (dirty yellow) as babies, then turn white.  Raise Giant White Turkeys for your own Thanksgiving dinner, or to sell. These birds are known for their fast growth, good livability, and great feed conversion.

The Broad Breasted White Turkey is the most commonly used turkey for meat production. Used by large commerical growers as well as back yard growers. They are known for their fast growth rate and great feed conversion, they also have a cleaner appearance when dressed due to their all white feathering.

The Broad Breasted White Turkey is the breed raised by commercial turkey farmers in the US. It is the best choice for those who enjoy breast meat. These birds have shorter breast bones and legs than other breeds and are unable to reproduce naturally. Instead, they must be artificially inseminated. If you are interested in breeding turkeys, you should try heritage breeds instead.

The large size of the Broad Breasted White Turkey has pros and cons associated with it. These birds have been bred to grow large; some of them exceed 50 lbs at full maturity. However, some people feel that taste and texture have been sacrificed for size. If you want to raise a bird that tastes similar to those you can purchase in the grocery store, this is the breed for you. If you are a bit more adventurous, you may want to experiment with one of our other breeds.

The Broad Breasted White is the most common breed of turkey available.

These are big birds. Broad Breasted Whites have been bred to provide a meaty carcass with more breast meat than any other turkey.

What kind of turkey is all white? 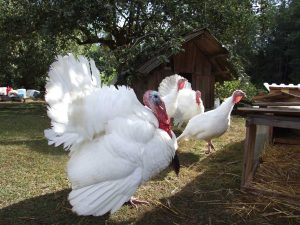 The Broad Breasted White is commercially the most widely used breed of domesticated turkey. These birds have shorter breast bones and larger breasts, sometimes rendering them unable to breed without human assistance (typically via artificial insemination).

How long to raise a broad breasted white turkey?

Allow a minimum of 3 1/2 months from hatching to processing for broad breasted turkeys or 6+ months for most heritage breeds.

Be the first to review “Giant White Turkeys” Cancel reply