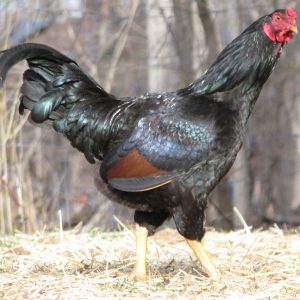 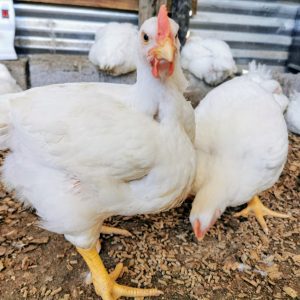 Delaware Broilers Developed in the 1940s, Delaware chickens resulted from crossing Rhode Island Red hens with Barred Plymouth Rock roosters. At one time, Delawares were widely used in the broiler industry, but the Livestock Conservancy — which monitors rare breeds — now lists them as threatened. The Delawares’ white bodies sport black barring on their necks and tails. Males mature early, tipping the scales at 8 pounds; hens are smaller at 6 pounds. Unlike some other broiler breeds, Delawares are also useful for small-scale egg production Be sure inform the seller you get the contact on Olist

The Delaware chicken is a relative newcomer to the chicken world and made their first appearance in the 1940s. They are actually the result of an offshoot of the New Hampshire and Plymouth Rock breed improvement program that was taking place in the 1940s.

Be the first to review “Delaware Broiler” Cancel reply