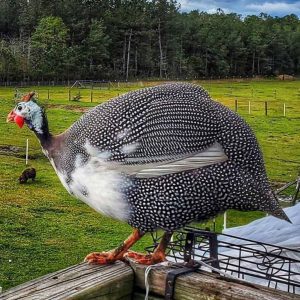 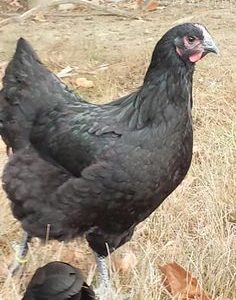 The Legbar is a rare British auto-sexing breed of chicken. It was created in the early twentieth century by Reginald Crundall Punnett and Michael Pease at the Genetical Institute of Cambridge University.

Cream Legbars For Sale, are friendly, easily handled, good layers, and one of the most highly sought after—and rarest—breeds in this country. Cream Legbar eggs are a beautiful blue, ranging from light blue to light turquoise. And while their eggs aren’t jumbo, they lay prolifically.

Legbars are wonderful foragers and love to be outside. If you like to go a-hunting for your eggs, this is the breed for you, because for some odd reason, laying outdoors is their favorite. Legbars do well avoiding predators in a free range environment, although they can easily adapt to small yards and runs, too. Finally, Cream Legbars are fun looking, with unusual little crests tucked behind floppy combs, looking something like they’re wearing berets accented with flowers–very cool!
Since Cream Legbars are “autosexing,” which means the males and females look different at hatch, sexing can be done with virtually 100% certainty.

Prior to 1931, there was no such bird as a Cream Crested Legbar.

The story of this bird is the result of the work and vision of two men: Professor R.C. Punnett and Professor Michael Pease of Cambridge, England.

Professor Pease took his place. Punnett a famed geneticist who went on to write many papers on genetics was working on producing chickens that would be auto-sexing, making sexing chicks easier and foolproof.

In 1930, Clarence Elliott, a renowned horticulturist, gave Professor Punnett some South American Araucana chickens that he had collected on his travels. These chickens laid blue eggs.

Professor Punnett, now retired and working at home, started crossing these birds first with a gold penciled Hamburg. Numerous crossings and back crossings followed and eventually he produced a cream-colored bird.

The Professor now had a color never seen in chickens before – cream. This was a breakthrough in finding a recessive gene.

Their down colour can sex cream Legbar chicks. The photograph below shows the difference between the male (who is lighter in appearance and has a yellow ‘spot’ on the top of his head) and the female (who has a darker back with darker ‘stripes’).

The Gold Legbar is rare in the UK; the Silver hasn’t been around for some time, although it would be possible to re-make them by crossing Gold Legbars with Silver Duckwing Leghorns and then selecting the Silver offspring for several generations. Many Cream Legbars have lost their autosexing qualities. Selection for this quality is important when breeding.

3 reviews for Cream Legbars For Sale