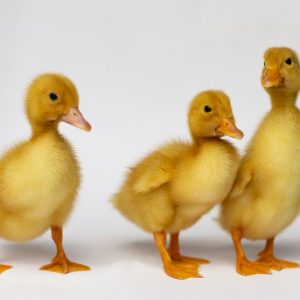 All Runners were originally bred in Southeast Asia for high egg production and excellent mobility. There is evidence of their ancient ancestry from stone carvings in Java that are over 2000 years old. These ducks are still being used as they were then. Flocks of ducks are herded daily from field to field eating waste rice, weed seeds, insects, slugs and other bugs.

They are then put in a bamboo pen at night where they lay their eggs and are released the following morning to clean other fields. During the course of their lives the ducks may cover hundreds of miles in their travels. Therefore, a hardy mobile duck is absolutely necessary – you will not find a better foraging duck than the Runner.

Chocolate Runner Ducks are very unusual due to how they walk and look making them good for exhibition. They lay white eggs with a green tint and are serious foragers. Babies have an upright stance. Runner ducks are among the most energetic members of ducks. Mature ducks have long slender chocolate brown bodies with a vertical posture. Babies are brown with light yellow chests. They do not waddle, but move with a quick step. They grow up to 4 lbs. at around 12 to 15 weeks. CANNOT BE SHIPPED TO FLORIDA DUE TO STATE REGULATION.

Initially bred in Southeast Asia, all Runners have ancestry that dates back to Java over 2000 years ago. They were mistakenly named “Indian” Runners when first imported to England in the 1850s because they arrived on a ship from India; the importing family finally disclosed in 1909, that these runners were in fact from Southeast Asia.

The first Runners imported into England were Fawn, Fawn-and White, or White. They were first exhibited in 1877 at the Dumfries Show in Scotland. Later in 1898, they were admitted into the American Standard Registry, though the Black, Blue, and Chocolate varieties were not recognized until 1977.

Runner ducks are hardy because they typically cover hundreds of miles in their travels over the course of their lifetime, while foraging for seeds, insects, slugs and other bugs. However, they are light in weight at 3.25-5 lbs, so it isn’t likely that they will trample your garden or yard. Their egg production is average now as opposed to a century ago, due to extensive breeding with an emphasis on coloration. They will lay approximately 100-180 large eggs weighing 65-80 grams per year. Runner females will lay either white or light green eggs, with some laying dark gray or even blackish eggs at the beginning of the season.

Our ducks will fully integrate with all the other breeds that we offer. If you want purebred ducklings hatching from your ducks, make sure you separate your ducks by breed during the mating season. Or you can let your ducks cross and see what different shapes and colors you will get with their ducklings. 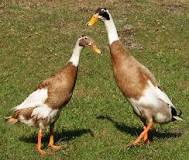 These ducks do not fly and only rarely form nests and incubate their own eggs. They run or walk, often dropping their eggs wherever they happen to be. Duck-breeders need to house their birds overnight or be vigilant in picking up the eggs to prevent them from being taken by other animals

What are runner ducks good for? 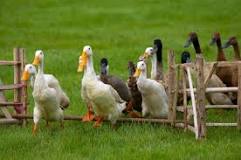 With their unique appearance and high egg production, Runner ducks were a great addition to our homestead. … I have heard stories of duck herders taking their ducks out to rice fields during the day where the birds clean up fallen grain, weeds and snack on pests.

Runner ducks lay an egg color that is somewhere between white and blue-green. The Black and Chocolate Runners will usually have a “sooty” outer shell at the beginning of their laying season.

Be the first to review “Chocolate Runner Duck” Cancel reply