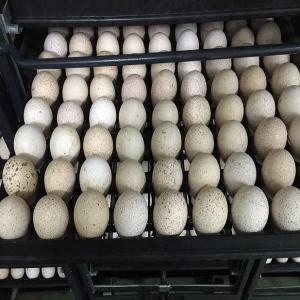 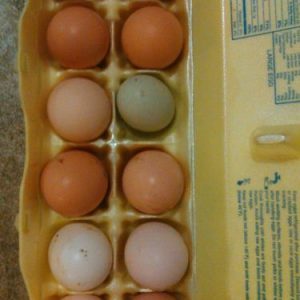 The Frillback pigeon is a breed of domestic fancy pigeon. It is an ancient breed and actually was developed over many years of selective breeding.

It is believed to have originated somewhere in Asia Minor. This breed and other varieties of the domesticated pigeons, all are descendants from the wild or feral rock pigeon.

The Frillback pigeon is a common and very popular breed of the domesticated pigeons. It is known for the frill or curls on the wing shield feathers.

The feather curl should also be present at the end of the foot feathers or muffs. Read some more information about this breed below.

The Frillback pigeon is a medium sized breed and is slightly larger than other colored domesticated pigeon breeds. These birds are very beautiful with longer tail and wing feathers.

They can be either plain headed or shell-crested. The shell-crested Frillback pigeon has a thick shell crest on the back of the head with rosettes on each side, and the crest should stand off the head.

But the plain-headed birds have a slightly oval head with no flat areas, and a forehead that has a distinct stop at the wattle.

Eyes of the Frillback pigeon are in line with the beak. The eyes are usually reddish-orange in color in all varieties except shield marked, which has black or blue eyes.

Although cracked, gravel and pearl colored eyes also occur. Beak of these birds is long, with upper beak often being slightly longer than the lower beak.

Their beak is of dark on red and blue grizzles, black on blacks, light on yellow, horn on silver and flesh colored. 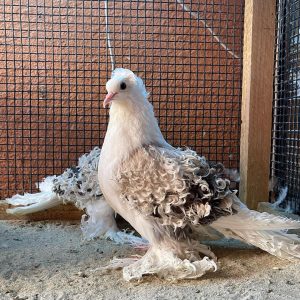 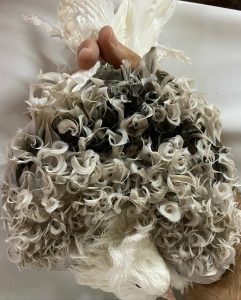 Their wattle is thin and white on all color varieties. Their legs are of average size, and the muff will vary with most often 2-3 inches in length.

The curl of a Frillback pigeon covers its entire wing shield. No areas should be uncovered. The last row of curls spans the entire length of the wing.

Frills form a distinct ringlet curl at the end. The bottom of the muff is also frilled. Tail and flight feathers have a distinct wrinkle. The Frillback pigeon appears in many color varieties, and the color categories are listed below.

The Frillback pigeon is an exhibition or show breed. It is good for ornamental purpose and also good for raising as pets.

The Frillback pigeon is a very beautiful bird with unique appearance. It is very good for exhibition and ornamental purpose.

The birds are relatively calm in temperament and very good for raising as pets. However, review full breed profile of this breed in the following chart. 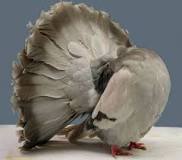 While they’re able to fly much better than chickens, and can fly “normally” to escape predators or get out of a rut, making some of their flight feathers essentially useless means that to do so, they have to expend more energy than your average pigeo

Where do Frillback pigeons live?

The curl of a Frillback pigeon covers its entire wing shield. No areas should be uncovered. The last row of curls spans the entire length of the wing. Frills form a distinct ringlet curl at the end.
…
Special Notes.

Be the first to review “Buy Frillback Pigeon” Cancel reply