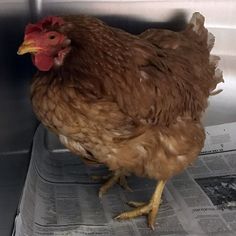 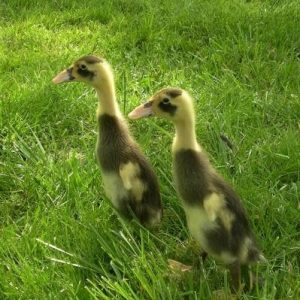 All Runners were originally bred in Southeast Asia for high egg production and excellent mobility. There is evidence of their ancient ancestry from stone carvings in Java that are over 2000 years old. These ducks are still being used as they were then. Flocks of ducks are herded daily from field to field eating waste rice, weed seeds, insects, slugs and other bugs. They are then put in a bamboo pen at night where they lay their eggs and are released the following morning to clean other fields. During the course of their lives the ducks may cover hundreds of miles in their travels. Therefore, a hardy mobile duck is absolutely necessary – you will not find a better foraging duck than the Runner.

Indian Runner Ducks were actually developed in Southeast Asia, not India, and bred for egg production and mobility. These uniquely appearing ducks — sometimes referred to as ‘Penguin Ducks’ or ‘Bottle Neck Ducks’ — have long, slender bodies and a vertical posture. Runners do not waddle like other ducks but move upright with a quick step.

How long do Runner ducks live? 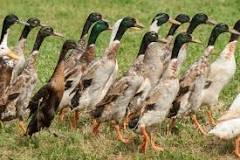 8–12 years
Most females do not brood. Indian Runner duck lifespan is 8–12 years.

Can a duck live alone with chickens? 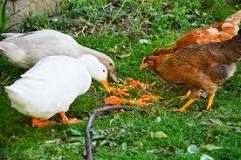 Domestic ducks can peacefully cohabitate with backyard chickens. Duck and chickens basic feed and shelter requirements are very similar, which makes it possible for them to be coop mates, but there are a few considerations that you will need to keep in mind when adding waterfowl to a chicken coop.

Be the first to review “Blue Runner Duck” Cancel reply