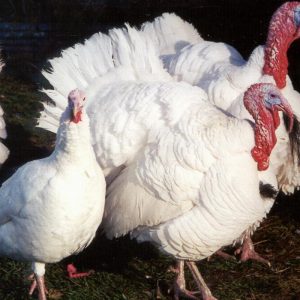 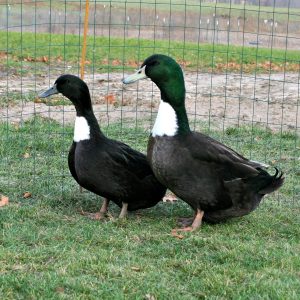 Black Cochin chickens are a beautiful coal-black color. Cochins are heavily feathered from tip to toe. Their fluffy, downy feathers give them a massive and bulky appearance.

Cochin chickens date back to the late 1800s. These large, Asiatic breed originated in China and was called the Shanghai. Over the years, Cochins have been highly prized for exhibition.
SKU: N/A Category: BROWN EGGS LAYERS

Want to know why people love Black Cochins? For several reasons, they are affable pets, excellent brooders, and easy keepers.

Production: By far, the most frequently cited reason offered for keeping Black Cochins is their easy-going attitudes. However, they are not great layers but are super sweet pets, easy to confine, and they are great with children.

Temperament: Cochins are known within the fancy breed for being extra friendly chickens. They are not aggressive.

History: In the 19th century, it was not uncommon for people to keep small backyard flocks, but Cochins and Brahmas sparked what was later dubbed “hen fever” in the US and England in the 1850s. Cochins were extremely popular for several reasons including their unusual size, their fluffiness, and their friendliness.

Cochins are often described as fluff balls. They are big, but their heavy, fluffy feathering makes them look even bigger than they actually are. They also have feathered legs, feet, and toes. All those feathers combined with their gentle natures make them particularly appealing as pets. Amazingly, many people end up keeping them as pets in the house!

Black Cochins were first included in the American Poultry Association’s Standard of Perfection in 1874. Several other varieties of Cochins were also included, and more were added over time. Today, the Barred, Black, Blue, Brown, Buff, Golden Laced, Partridge, Silver Laced, and White Cochins are all accepted by the APA. As you might imagine, Cochins are quite popular in poultry shows!

Colors: Black Cochins are black with a beautiful shiny iridescent green sheen. They have a bright red, single comb, along with red wattles, earlobes, and a red patch around the eyes.

Body Type: Round, large, and fluffy.

The Cochin was recognized in the British Poultry Standard of 1865 – the first edition of the Standard that was issued.

It followed closely in the US, being in the American Poultry Association standard of 1874, again, the first issue.

It is classified as one of the three Asian classes in both books – the other two being Brahma (also from Shanghai) and Langshan from China also.

There are both standard-sized fowl and bantam varieties. In England, Cochin bantams do not exist – they are classified as Pekin bantams.

Cochins can take up to two years to mature since they are slow growers. When they are fully grown, the male can weigh in at 11 pounds, with the female weighing around 8 ½ pounds. The bantams weigh in at 30oz. For the male and 26oz. For the female.

The acceptable colorings for this breed vary from the US to the UK. The UK recognizes the following colors:

The Cochin appears as a mass of soft, fluffy feathers, beak to toes almost literally! The legs and outer toes should be fully feathered so that they saw from the side. You cannot see toes – only feathers.

The fullness of the feathering gives them the appearance of being much larger than they actually are. Still, they are quite hefty when full-grown, a hen being around 8 ½ pounds.

The Cochin wears a single, five-point comb which should be read, as are the wattles and ear lobes. The eyes are a golden yellow. The beak varies with the overall color of the bird. Anywhere from yellow/horn to black/horn – the darker the bird, the darker the beak in general.

The legs and toes should be yellow, as is the skin.

Legs and toes should be fully feathered, effectively hiding the legs and most toes. Only the inner toe and part of the middle toe of each foot should be visible.

brown
Similar with other large chicken breeds, Cochins only lay about 150 – 180 eggs a year. Cochin chicken eggs are brown and on the average, they’ll give you 2 small to medium eggs per week.

How many eggs do Cochins lay? 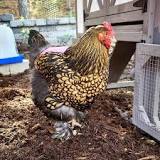 Cochins also only lay about 150-180 eggs per year. Their eggs are light brown, and they can be large. But while Cochins aren’t the most productive layers, they are some of the best chicken parents imaginable. Cochin hens are known for easily going broody, and they will even willingly hatch eggs that aren’t theirs.

Be the first to review “Black Cochins” Cancel reply